In the previous and first blog of this blog series “Building a SQL Server Virtual Lab in Windows,” we had covered Virtualization Concepts. In this blog, we will explore the virtual network for the virtual lab.

Like a physical network where the servers need to connect and communicate within the network, the VMs in the virtual lab too need to communicate among themselves via their unique IP addresses along with their subnet mask and default gateway.

Every device connected to a network needs an IP address to communicate. Just like every house in a zip code area has an address to receive mail. Whereas your house address will have numbers and street name, an IP address has four segments called octets that are separated by a dot (.). The numbers with each octet range between 0 and 255. For example:

A DNS server resolves or translates hostnames to IP addresses as requested. Just like in the old days, where people can look up in a phonebook the contacts they wish to reach out and then find their phone numbers. The Preferred DNS server as the first choice or preferred choice when making DNS requests. If the Preferred DNS server does not respond then the backup, Alternate DNS server, is used.

Note: This is a high-level overview of IP address, subnet mask, default gateway, and DNS server. More in-depth review is beyond the scope of this blog series. However, understanding the basics will become handy in planning and troubleshooting sessions for the SQL DBAs.

Network Connectivity in the Virtual Lab

The three most common options for virtual labs are NAT Network, Bridged networking, and Host-only networking.

Bridged networking sets up the guest VMs as if they are physical machines just like the host computer on the network.

The virtual lab uses the NAT Network option as shown in Figure 2-3 NAT Network. The DC (DV-DV) and all the three servers running SQL Server 2019 (DV-SQL01, DV-SQL02, and DV-SQL03) are setup and configured within the host computer – your laptop or desktop. IP Properties of the Virtual Lab

Classless inter-domain routing (CIDR) is a method for allocating IP addresses and IP routing. In the virtual lab, we will create a 192.168.0.0/24 network. The IP addresses for each of the VMs are listed back in Figure 2-3 NAT Network. The default gateway is 192.168.0.1. The Preferred DNS Server is 192.168.0.20 (the IP address for the DC where the DNS server role is installed) for all servers except DV-DC. For DV-DC, we will set the Preferred DNS Server to a loopback IP address which is 127.0.0.1. For the Alternate DNS Server for all servers in the virtual lab, we will use Google’s DNS server which is 8.8.8.8.

In the next blog, I’ll cover software and hardware requirements. Stay tuned!

And please reach out if you’re looking for expert support with your SQL Servers. JP Chen is the Global Practice Lead of SQL Server at Datavail. He leads a talented team of SQL Server Database Administrators in the US and India working closely with customers around the globe in supporting their SQL Server environments in both on-premises and the clouds such as AWS and Azure. With more than 20 years of experience as an IT professional, JP carries a wealth of customer support, problem-solving, writing, and team management experience. He’s an avid blogger and also authored a number of whitepapers and ebooks such as SQL on Linux, Keeping Pace with Change: Prepare for Tomorrow & Advance Your Career, and The 5 Hats Worn By Database Administrators. All are available at www.datavail.com. He had also presented various technical and non-technical topics in major conferences such as SQL PASS, SQL Saturday, RMOUG, and AWS Workshop Series. Outside of work, JP enjoys traveling and sampling exotic foods around the world. 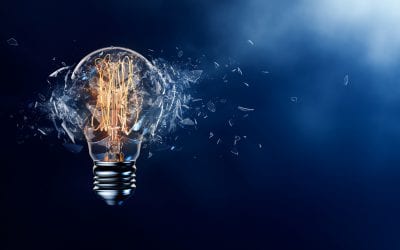